The festival of Thomas Mann arts in Nida 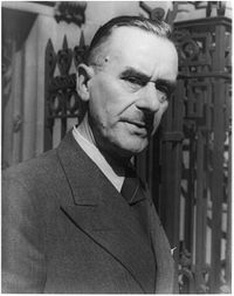 The International festival of Thomas Mann arts will be held in Nida in the end of July. It is one of the most popular and significant actions of a summer cultural life in Nida. The festival attracts both citizens of Lithuania, and foreign visitors with its musical program at the top-level, with inspiring discussions, with interesting film-evenings.

The above mentioned festival will create the Center of Thomas Mann culture and autonomy of Neringa as well. Different art exhibitions, concerts of the festival, open discussions, the evening parties of the literature amateurs will be held in different places Nida: in a small summer house of the writer which is so attractive for the tourists, in the center of culture and tourism “Agila”, and also in the churchlet of the Evangelists-Lutherans.

The most popular actions among the visitors of the festival are watching films of professional directors, both Lithuanian, and foreign. These viewings are held not far from the beacon of Nida on mountain Urbo.
This festival attracts the amateurs of intellectual prose, those who admire an explicit, detailed, slow tone of a letter of the great writer. In Thomas Mann's creative work we can trace the presentiment of an old world order crash which leads to the people’s predestination breakage and his own ideas of the world as well. And all these themes of the author also intertwine with the theme of fateful love.
The purpose of the festival is activating of the cultural dialogue with different countries and in such a way stimulating of the cultural cooperation of various generations, interchange with the cultural experience, expansion and propagation of Lithuanian culture and art as well.